Nothing quite compares to the glorious smell of a badger cub.

I’m part way through a wildlife rescue course but judging by the strange looks I’m getting there’s a good chance I just buried my nose in the fur of the orphaned cub for slightly too long. As the rest of the class move onto bottle feeding, washing and incubator settings, I’m still revelling in the cub’s musky, warm earthy scent as it sits on my lap guzzling milk from a bottle. 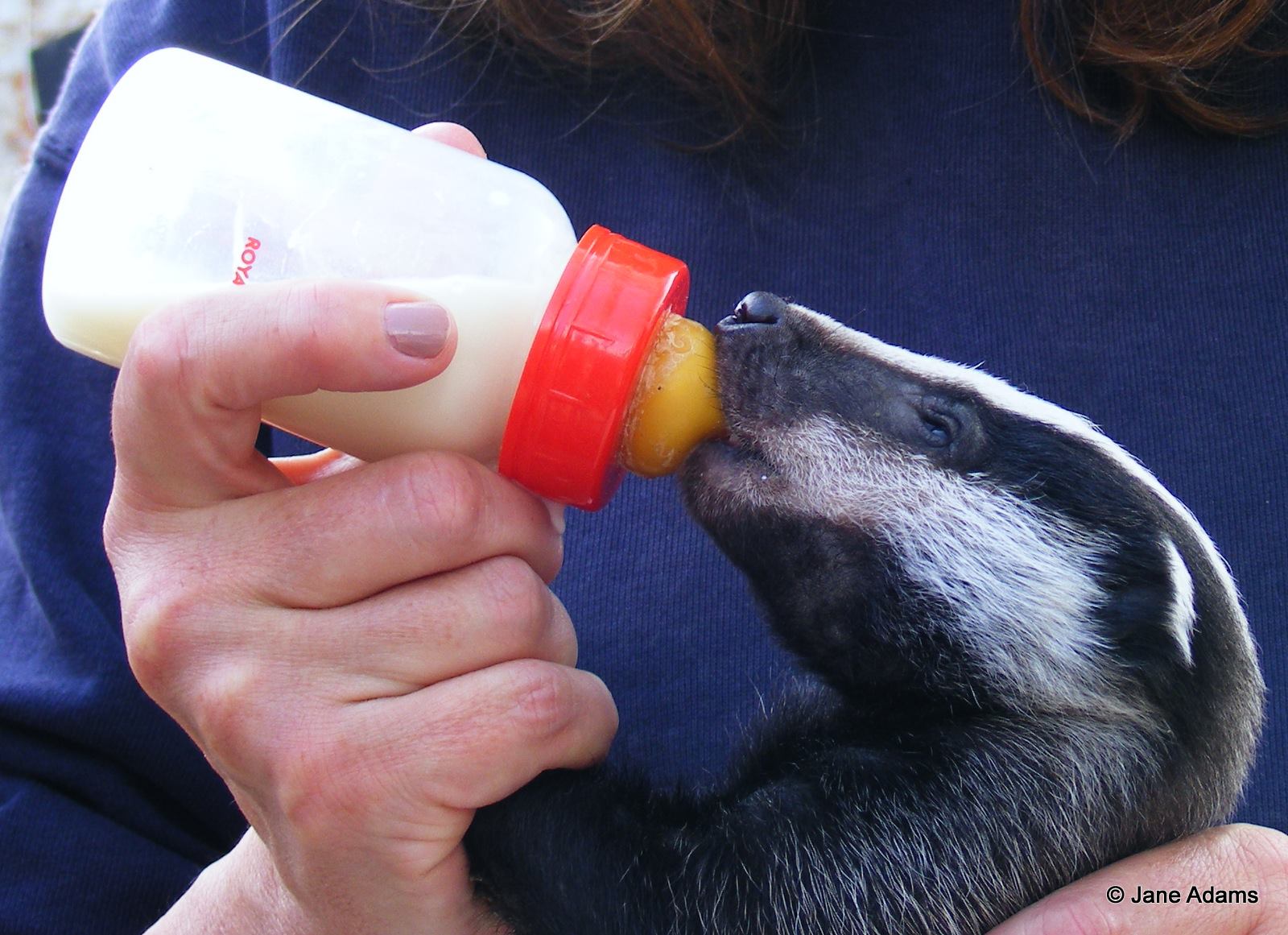 I fell under the spell of badgers when I read Out of the Darkness by badger whisperer, Chris Ferris. I’d mourned hundreds of dead badgers at the side of the road, but to walk in the footsteps of Ferris, and meet a living breathing wild badger as she had, that was my dream.

When we moved away from town to a semi-rural village I thought my chances of seeing brock – the delightfully evocative Old English name for a badger – might increase. After hiding in Joiner’s Copse for five consecutive evenings, staring at an empty badger sett, I had to admit my badger-tracking skills were decidedly dodgy.

Talks, courses and several books later my first encounter happened right under my nose. Successfully persuading hospital staff my husband was well enough to come home after a major operation, I was drawing the bedroom curtains on his first night of freedom and the security light burst into life. There, in a pool of halogen, hoovering up fallen birdseed, was a badger.

It was bigger than I thought it would be; sturdy-Corgi size rather than athletic-Westie. It moved with a fluidity when I thought it would plod, and the black and white stripes on its face were more defined, like a sad looking Mexican bandit. But what surprised me the most were its legs; quite long and surprisingly dainty, and its tail; wagging like a dog and not in the least bit stubby.

Thankfully this ball of trouble on my lap is good natured and, as yet, not too feisty, but that isn’t always the case. Five years ago I heard about a bovine tuberculosis (bTB) badger vaccination project starting in Dorset, and signed up to become a vaccinator. The project is part of the government’s measures to control the spread of bTB in cattle and badgers. One of the other ‘controls’ is the controversial badger cull that, since 2013, has killed 67,000 badgers. I’ll just leave that fact there.

On the whole adult badgers are pretty laid back when they’re trapped and vaccinated. Sometimes you even have to wake them up before you inject them. But the cubs… I once arrived at a cage to find two spitting, scratching badger cubs hanging from the roof of their cage doing a very convincing impression of “Spider-Pig” from The Simpsons. Persuading two cubs to turn up the right way, and stay still long enough to be vaccinated, was like dealing with toddler-twins having a meltdown in Sainsburys: stand back, let them rant, then try again. We got there in the end and they were back the next night, so it can’t have been too much of an ordeal. They love the peanut bait, badgers live for their stomachs.

I pick some of the badger hairs off my jeans, and I’m reminded of the first time I found one of these hairs in the wild. Kneeling in front of a cavernous hole, with newly dug earth all around me, I found a single dirty white hair with a black tip. Rolling the hair between finger and thumb it was triangular, wiry and quirky – just how I’d always imagined badger hair might feel. Unique.

“Right,” says our tutor, “those of you with a badger cub, now they’ve finished eating you need to take the wet cotton wool and encourage them to poo”.

Whoa… hold your horses, I don’t remember that being in the course description. I look down at the cub, he looks mournfully back at me. I think about all the badger cubs that have been killed in the cull, and desperately hope this one has a long life when he goes back to the wild.

“OK, little one,” I hold the cub up so that his waving back legs dangle down, “I sincerely apologise for the next five minutes, we’ll both try to block this from our memory, I’m coming in”. 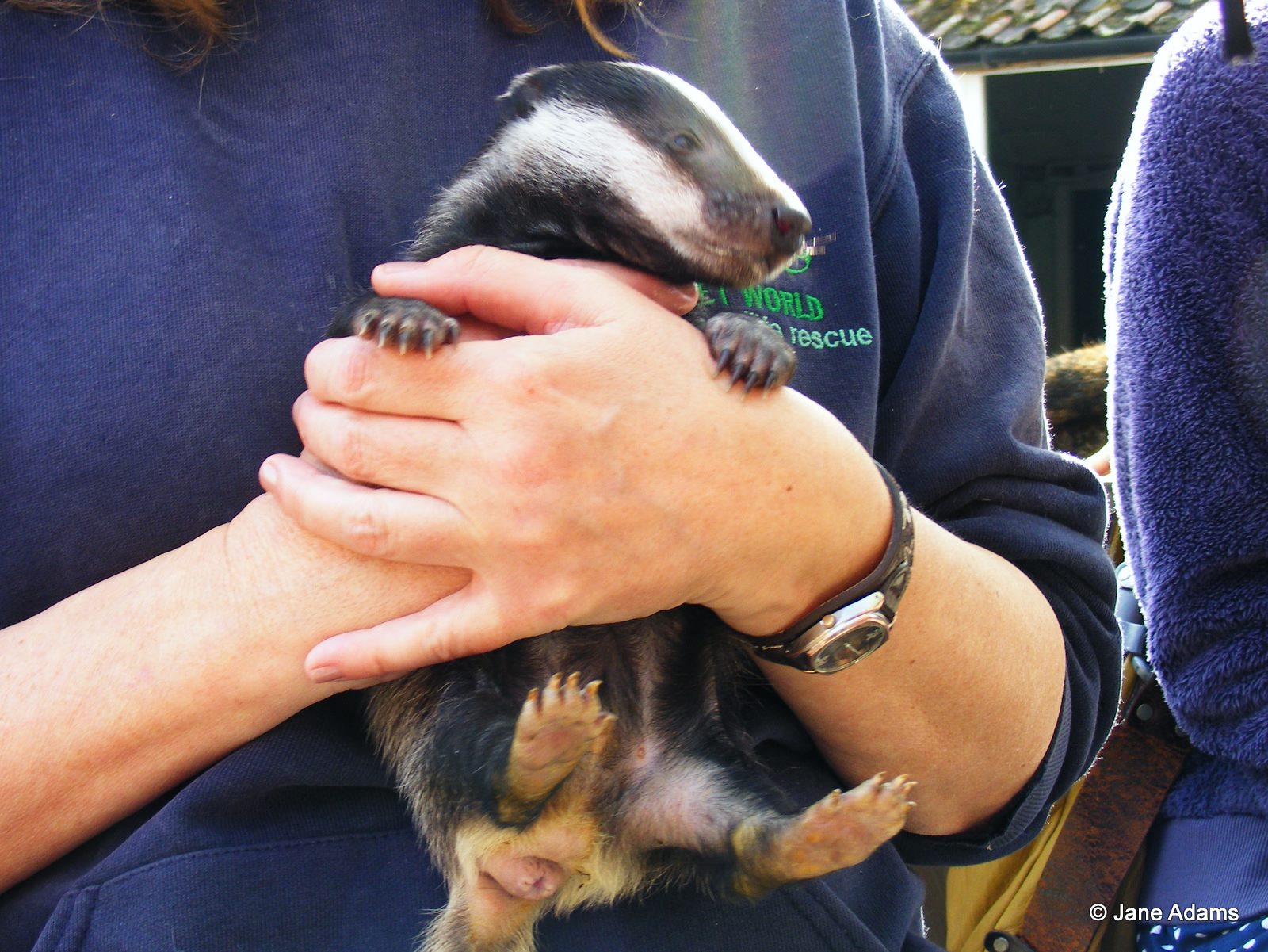 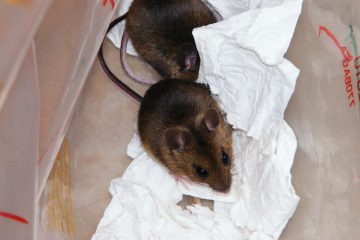